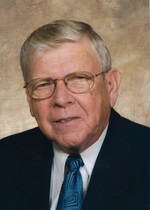 Teased for his pearly-white legs, impossibly good hair, and overly-detailed driving directions, Bob was also known for his generous spirit, playful nature, and unwavering commitment to his family, friends, and community.

Special appreciation to the doctors, nurses, and staff at the Joseph Brant Hospital for their loving care. Visitation at SMITH'S FUNERAL HOME, 1167 Guelph Line (one stop light north of QEW), BURLINGTON (905-632-3333) on Friday, November 17, 2017 from 4-8 pm. A Service of Remembrance will be celebrated at the funeral home on Saturday, November 18 at 10:00 am followed directly by interment at Holy Sepulchre Cemetery in Burlington. Reception details to follow. In lieu of flowers the family asks for donations to Community Living Burlington.

It is with deep regret that I have to advise of the passing last night of one of the Toronto Kaiteur Lions Charter Members and past Tailtwister Oodit Narain, in his 88th year. Oodit who was the founder of 'Narain's Driving School' became a Lion in the early 1970's in the Central Demerara Lions Club before migrating to Canada and without hesitation was one of the founding members of the Toronto Kaiteur Lions Club. Proud Veteran of WWII 8th Reconnaissance Regiment. Born and raised in Burlington, Theo returned to his roots and became co-owner with the late Stan Degraaf of The Bayshore Vegetable Shippers Ltd., Burlington. He was also a life time member and past president of the Burlington Lions Club. He was proud to have received the Melvin Jones Fellow for Dedicated Humanitarian Service to The Lions Club.

Visitation at SMITH’S FUNERAL HOME, 485 Brant Street (one block North of City Hall), BURLINGTON (905-632-3333), on Wednesday, August 30th, 2017 from 4-7 p.m. A Funeral Service will be held in the funeral home Chapel on Thursday, August 31st at 10:30 a.m. Reception to follow. Burial at Greenwood Cemetery to follow. Memorial donations to Joseph Brant Hospital or The Carpenter Hospice in lieu of flowers, would be greatly appreciated by the family.

87 of Etobicoke Ontario, passed away peacefully, Sunday August 13 at Etobicoke General Hospital, with his 3 Daughter’s at his side, 10 days after suffering a massive stroke.

A celebration of life service will be held at 11:00 am Thursday August 17 at Westway United Church, 8 Templar Drive, Etobicoke, ON M9R 3C7, just north of Kipling and the Westway off Holywell Drive.

George’s early career he worked as a Deliveryman for Canada Bread and later as a Milkman with Silverwoods Dairy. Later on George spent over 25 years with the North York Board of Education retiring at age 65 as a Head Caretaker.

He was an avid woodworker, painter, wood carver and gardener. He loved fishing at the Cabin with his children and grandchildren as often as he could. He also enjoyed spending time with the family pets the late Brandy and Jenny whom is missing him greatly.

Active in his community throughout his life, including the Beavers Bible Group, York Figure Skating Club, Lions International and Islington Seniors Centre to name just a few.

In his volunteer work he was awarded, the Helen Keller Award, 100% President Award and many others from Lions International. Through his Senior Centre, he was presented with many volunteer recognitions over his many years of service.

One of his favourite events was as a volunteer member of the York Mount Dennis Lions Club at the annual West Park Hospital Monte Carlo night for the patients, working with the help of numerous other local Lions Clubs.

Preceded in death by his parents, Gladys and Victor Fudge and brothers Charles, Harold and Ernie.

Fondly remembered by his special friends, Olga Gresko and Doreen King and many others. Uncle George will be truly missed by all of his nieces and nephews.

Memorial donations to his memory can be made to Heart and Stroke foundation, Diabetes Canada or Cancer Research.

was the oldest member of the Toronto Suomi Lions. He joined them after transferring from a club in Finland in 1974. He was 98 years old.

Toronto Male Singers will sing and there will be coffee served. All are welcome.

Lion Veikko Kallio was a Finnish War Veteran, so the service will be lead by the Club Brothers in Arms. Charlotte will be deeply missed and fondly remembered by many extended family and friends here and all over the world. A special thank you to all the doctors and nurses at Trillium Health Partners for their compassionate care.

As an expression of sympathy, donations to Praise Cathedral Worship Centre, New Haven Memorial Centre project or a charity of your choice, would be greatly appreciated. 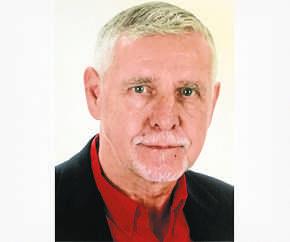 passed away peacefully on Tuesday, April 18, 2017 at the age of 74. Ron was adored by his wife Heather and was a loving father to Tammy, Cindy and Selina. Father-in-law to Mark and Jeff and doting Opa to Colin, Brooke and Logan.

Ron was a longtime City Councillor who passionately served his constituents for 26 years. He was also a long time member of the West Hill - Highland Creek Lions Club.

Online condolences may be left at cityoftorontocondolences.ca.

Passed away peacefully on Tuesday, March 21, 2017 at William Osler Hospital at the age of 87. Survived by his beloved wife of 61 years, Betty (nee Burns), his two sons, Stephen and Andrew (Karen), four grandchildren, Kristen (Chris Creamer), Elin(Ray Dignard), Victoria and Hank (Hendrik III) and three great-grandchildren, Oliver, Eveyln and Rosaleigh. Hank is predeceased by his parents Hendrik Meijer and Cornelia de Jongh as well as his sister Cora (Gord Mara).

Born to Dutch immigrants in Islington on November 22, 1929, Hank was a proud Brampton resident for almost a century and was passionately dedicated to his community and to his family.

Hank was a life member of the Brampton Lions Club serving three terms as President. He was the proud recipient of both the Helen Keller Fellowship, given to those who have distinguished themselves on behalf of sight and a Long Term Service award from The City of Brampton. He was also heavily involved in Scouting during its early years in Brampton.

All of us will miss him greatly. He will always be remembered for his calm personality, warm smile, sense of humour, love of singing and always being there for everyone around him.

Friends and family are invited to a visitation at Ward Funeral Home, 52 Main Street South in Brampton, Saturday April 1st, from 2-6 pm (there will be a Lions Service at 4:00 PM). A private cremation and service has taken place. In Lieu of flowers, donations can be made to the Heart and Stroke Foundation or the Canadian Cancer Society.

Jose Antonio Melo Figueiredo passed away at the age of 64. He was a strong, stubborn, hardworking individual who was always the first to offer help to anyone in need. His love of fishing and hunting was only eclipsed by his love of his daughters and grandchildren. He was the President of the York Lions Club, having been a member since 2008 where he started as a member of the York Lions Steel Band. He was passionate about his work both as a bus driver for Stock and as an accountant. He was a beloved member of the communities he lived and participated in. He is survived by his three daughters Laura, Danielle and Lydia; and four grandchildren Keira, Eryn, Darius and Tristan. As well as his mother, Helena and siblings Natalia, Luis, Tony, George with all his loving nephews and nieces. He will be greatly missed by all those who knew him and the sorrow of his passing felt forever in our hearts.

The service will be held at Glendale Funeral Home at Albion and HWY 27 on Thursday, March 23, from 2-4pm and 6-9pm, with the service on Friday the 24th at 10am.

It is with a heavy heart that I have to tell you that my Dad, Lion Chuck Roberts passed away this morning at the age of 84. He was a charter member of Thistletown and wonderful man and the best Father I could have wished for. He showed me how to work hard and never say never or can’t. He brought me up in the world of Lions and that is why I am a Lion today, because of him.

I hope that former Lion Jerry Bhoolai has a glass of wine waiting for him and Lion John some chicken wings and cabbage rolls.

There will be no formal viewing or funeral. A family celebration of his life will take place at a later date.

Don lived a remarkable life and was the epitome of goodness and kindness. He was a pillar of the community being a long term and prominent member of the Lions Clubs of Canada. Don worked for the CNIB for 42 years and during his tenure was a District Administrator in various Field Offices throughout Ontario, later becoming a Rehabilitation Teacher who taught blind clients new skills needed to live independent and rewarding lives. Don was an accomplished pianist and organist and in his part time tuned pianos and repaired caned chairs. He was loved by all and without trying, taught us all how to be better people through his compassion, kind heart and gentle nature. Don always saw the silver lining in life and left an indelible print on everyone he met. He will never be forgotten and will always be cherished.

A celebration of Don’s life will be held on Tuesday, March 7, 2017 at Scott Funeral Home, 420 Dundas Street East, Mississauga, Ontario. Visitation is from noon to 2 p.m. with the funeral service to follow. Interment is at St. John’s Dixie Cemetery.

In lieu of flowers, memorial contributions may be made to the Canadian National Institute for the Blind. Thanks go to the compassionate staff at Cooksville Care Centre in Mississauga.