Peacefully after a lifelong struggle with Diabetes, Thursday, December 18, 2014 at Health Sciences North.

Peggy was a proud member of the Huttonville Lions Club. She enjoyed cooking, especially trying new recipes. She will be remembered as a person who was quick to help others by living the Lions Motto “We serve”.

Resting at the Lougheed Funeral Home, Hanmer/Capreol Chapel
4605 Michelle Drive, Hanmer
(Friends may call 7-9pm Friday and after 9am Saturday).

Funeral Mass in Our Lady of Peace Church, Capreol
Saturday, December 20, 2014
at 11am.
Cremation with interment in the family plot at Capreol Cemetery.

In lieu of flowers, donations to the Canadian Diabetes Association or the Capreol Lions Club would be appreciated.

Passed away peacefully in his 98th year. Predeceased by his wives Norma (Turney) and Alexina (Sinclair). Homer will be lovingly missed by son John (Patti) and grandchildren Jaqui Wheatley (Craig), Jennifer Boyko (Ron) and Michael Dunn. He is survived by 5 great-grandchildren, Lucas, Elliot, Hanna, Carter and Kennedy.

Homer was a lifelong resident of Streetsville and member of St. Andrew's Presbyterian Church and a charter member of the Streetsville Lions Club. Special thanks to Dr. Clive, Dr. Saldana and the amazing staff of Palisades on the Glen for their love and excellent care.

Home was a charter member of the Streetsville Lions Club (1952).

The arrangements are as follows:


The visitation is at: 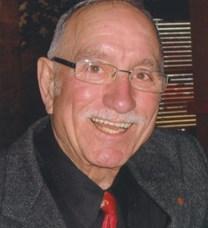 Passed peacefully with his family by his side at Juravinski Hospital on Tuesday, December 16, 2014 in his 79th year. Survived by his beloved partner Gwen Orchard. Loving father of Steven, Darrell (Laura), Patrick (Kathleen) and Paul (Johann). Grandpa of Rebecca, Jessica, Nicole, Adam, Ethan and Sarah. Also, will be sadly missed by Susan, Nancy, Carol (Ed), Shannon, Shevan, Connor, Terrilynn and many other family and friends.

Al was Past President and former Lion member of the Dundas Lions Club and also the brother-in-law of the late PDG Ted Sheehan.

Many thanks to Doctor Marcaccio and staff at the Juravinski Hospital.

Visitation will be held at the Marlatt Funeral Home "Swackhamer", 195 King Street West, Dundas, on Thursday from 2-4 and 7-9... 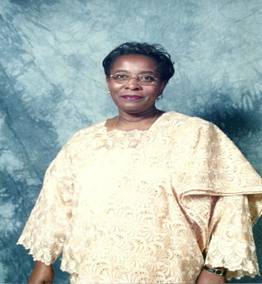 of the Mississauga Central Lions Club.

Jennifer Boyce was a vibrant member of Mississauga Central Lions Club, Past Region Chair for Region 6 and Past Zone Chair for Zone 6A.

She recently succumbed to her long battle with cancer and has passed on into the presence of the Lord last Sunday morning. 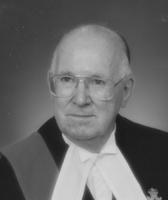 It is with great sadness that Doris Allen announces the passing of Ward, her loving husband and life partner of nearly 50 years. Ward died peacefully, at the age of 94, with Doris at his side. Judge Allen is survived by his four children Reid, Leslie, Robert and Richard (Tina), three grandchildren Charlene, Scott and Mary Elizabeth and a great-granddaughter, Valentina.

As an accomplished lawyer, Judge Allen was appointed to the Superior Court of Justice, where he presided until his retirement in 1995. Judge Allen was a Charter member of the Lions Club of Etobicoke-Queensway and a Melvin Jones recipient. He was the co-founder of Camp Bellaleo in 1957 and remained an inspiration to all Lions members. 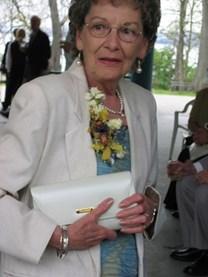 It is with great sadness in our hearts that we announce the peaceful passing of Helen Priscilla Jane Watson in her 80th year on September 25, 2014 surrounded by her loved ones at the Juravinski Hospital.

Helen was a founding member of the Dundas Lioness Club and was heavily involved with both the Provincial and Federal Liberal Parties throughout her life.

Cremation has taken place. Friends may call at the MARLATT FUNERAL HOME "Swackhamer Chapel" 195 King Street West, Dundas on Monday, September 29 from 2-4 & 7-9pm. A Memorial Service will be held in the Funeral Home Chapel on Tuesday, September 30 at 11am. 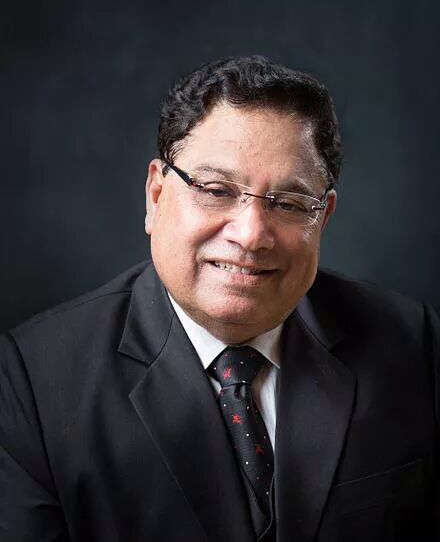 Lion Members and friends,
We, at the Toronto Netralya Lions Club (TNLC) are truly saddened to learn of the untimely passing away of our dear Friend, Fellow Lion and Mentor, Lion Vasdev Chanchlani.

Lion Vasu was a Gentle Soul, a Humanitarian and Philanthropist and an integral part of Toronto Netralya Lions Club (TNLC).

With his help, TNLC Lions Club could donate over half a million dollar to raise awareness and support program “ Excellence in Research for Preventable Blindness” , here in CNIB, Canada and Globally.

Say not in grief: “He is no more”, but live in thankfulness for who he was....

A memorial service to celebrate & remember life and legacy of our beloved Vasu Chanchlani will be held on Sunday, September 14, 2014 from 10am to 11am sharp.

Note: We Request no flowers just your prayers

It is great loss not just for the family ,community, country but entire human race as he was a shining light for all of us.

For this, we at Toronto Netralya Lions Club will always be indebted to Lion Vasu Chanchlani.

On behalf of entire Membership of TNLC, we would offer our Heartfelt Condolences his Family.

May his Soul Rest in Peace and May the Lord Almighty grant you strength to bear this immeasurable loss.

Passed away peacefully at the age of 82 at Southlake Regional Health Centre on Monday February 10th, 2014. Predeceased by his beloved wife Margery of 52 years and by his brother Lloyd. Cherished father to Andy and wife Laura. Loving Grandpa to Mathew, Lindsey, Victoria, Tina and Rachyl. Great-Grandpa to Emma.

Ray was a long time member of West Hill chapter of Eastern Stars and Victoria Masonic lodge in Kirkfield, and the West Hill - Highland Creek Lions as well as many other service clubs. As a Lion, he held Melvin Jones and Helen Keller Fellowships.

Donations may be made to the Heart and Stroke Foundation.

Passed away peacefully at home Friday, January 17, 2014. Predeceased by his parents Gordon and Nina and sister- in-law Jean Kerr. Cherished, loved and devoted husband of Judith Richardson, Gerry will be missed by his brother Doug, nieces and nephews as well as relatives in Ontario, Alberta, Quebec, Nova Scotia, British Columbia, the USA and his fishing friends around the world.

Born in Detroit, Michigan August 13, 1940, the family moved to Ingersoll, Ontario after the death of his father. After graduating in Industrial Engineering, Gerald moved to Toronto for work, living in the west end (best end) until he and Judith moved to the Beach. He served as a postal worker in the east end for 16 years.

He was known throughout the community for his volunteer work, first as a member of the Toronto Beaches Lions Club, in which he served in many capacities, including President; then as Chairman of the Terry Fox Run in in the beach for 18 years. He volunteered in many Habitat for Humanity builds in Toronto and Scarborough as well as delivering Star Boxes during the Christmas season. His latest venture was distributing McDonald's cards to the homeless in shelters downtown.

Cremation has taken place. A service to celebrate Gerry's life will be held at a later date. If desired, memorial donations to the Terry Fox Foundation or the Beaches Lions Club would be sincerely appreciated by the family.

Arrangements have been entrusted to the Giffen-Mack "Danforth" Funeral Home, 416-698-3121. Condolences may be sent here.

Passed peacefully at Brampton Civic Hospital on Friday, January 10, 2014. Doug will be lovingly remembered by his wife Lilian, son Andrew and daughter Lindsay (predeceased), sons Scott and Trevor (predeceased). Doug will be missed for his sharp sense of humour and his keen tax accounting skills.

Doug was a member of the Nobleton Lions Club. A Lions service will be held at the funeral home on Friday, Jan. 17 at 6:30 PM.