Many thanks to Sharon, Kari-Anne, Isabel, Yvette and Jackie for your support over the last four years, and William for you support during this time of sorrow. Many thanks to the doctors and nurses at King Nursing Home and Brampton Civic Hospital.

Edward was a dedicated employee for 44 years at the CNE and a life time member of the Mississauga Central Lions Club.

In lieu of flowers, donations to the Canadian Cancer Society, Heart and Stroke Foundation or the Alzheimer’s Society would be appretiated by the family. Online condolences at www.newediukfuneralhome.com

Peacefully passed away in her sleep at home on November 4, 2016, loving wife to Stanley for 72 years, loving sister to Sonya Perry, Mary Laing and Leslie Nemez. She was predeceased by her sisters Pauline Fedoruk, Ann O’Neill, Emilie Kosowan and her brothers Alex and John Zahorodny. Survived by her loving sister-in-law Sharon. Jean will be sadly missed by her many loving relatives and friends and nieces and nephews.

Friends will be received at the Ridley Funeral Home, 3080 Lake Shore Blvd. W. (between Islington and Kipling Aves., at 14th St., 416-259-3705), on Sunday from 2 to 4 and 7 to 9 p.m. A Funeral Mass will be held at St. Ambrose Catholic Church on Monday at 10 a.m. followed by burial at Park Lawn Cemetery. Messages of Condolence may be placed at www.RidleyFuneralHome.com

Passed away peacefully at The Westmount Nursing Home on Thursday, November 3, 2016. Alec was born 89 years ago, a son of the late Reginald and Margaret Bennett. Beloved husband of Margaret Bennett of New Hamburg. Loving father to Robert Bennett of Brampton, Laurie Bennett (John) of Mississauga and Victoria Bennett of Brampton. Dear grandpa to Matthew, Gareth, Christian, Amanda, Elizabeth, Nicholas, Stephanie and Brandon. Alec will be missed by many nieces, and nephews.

Alec was a member of St. Georges Anglican Church, New Hamburg and belonged to the Optimist Club of New Hamburg and was also a Lions Club member for many years in Toronto. 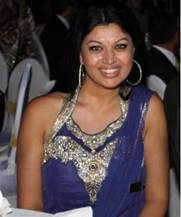 It is with deep regret and great sadness that we wish to inform you of the peaceful passing away.

As you all are aware that Lion Sharmila Sivasubramaniam, once an active, healthy and very valuable member of TNLC - Toronto Netralya Lions Club, has been in coma for about a year due to adverse effects of medications. She was an assistant to Lion Kenneth Drabble of The Drabble Private Client Group, Assante Capital Management Ltd.

This sad news was conveyed by Kenneth Drabble this morning.

Here are the location and details of the funeral arrangements:
Chapel Ridge Funeral Home, 8911 Woodbine Avenue, Markham, L3R 5G1.
Visitation tonight - Friday, October 21, 2016 between 5pm and 9pm and a Funeral tomorrow morning, being Saturday, October 22nd, 2016 from 9am to 11am

It will befitting if the TNLC members are able to pay their condolences in person either tonight or tomorrow at the Funeral Home.

May almighty rest the departed soul in peace. 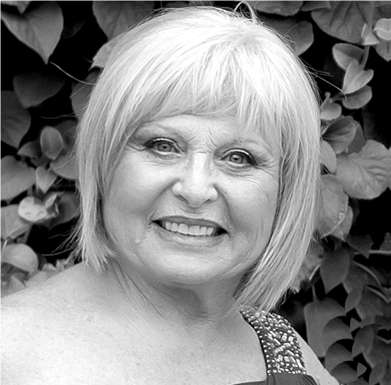 It is with grieving hearts that the family of Maria Grazia (Grace) Graham announces her peaceful passing at Kensington Hospice on October 13, 2016 in her 68th year, after her courageous battle with glioblastoma brain cancer.

Grace is survived by her loving and devoted husband, Roy, and her two daughters Stefanie and Jessica (Alexander Melfi) Graham, her sister Antonietta (Pompeo) Puligese, her brother Phil (Kim) Falcone, along with many nieces and nephews. Predeceased by her Father, Michele (1983) and Mother, Rosa Maria Falcone (2015).

Grace was born in Roseto Valfortore, Italy in 1947 and immigrated to Hamilton at the age of 12 with her family. A long time resident of Ancaster, Grace always loved her garden and found pleasure in her pristine property, often winning Trillium Awards for her detailed and colourful garden beds.

Grace turned this passion into a business and in 1997, at the age of 50 decided to go back to school and learn about flower arranging. After graduating from the University of Guelph, Floral Design Course, Grace and Roy opened Visions from the Heart in the heart of downtown Hamilton. Grace embodied her business name when designing wedding arrangements, funeral memorials, birthday arrangements, and gifts for her beloved customers and friends.

Previous to that Grace served many years at the Royal Bank of Canada, where she took great pride in her relationships and connections with her clients. Once retired, Grace could be found sun tanning, walking the beaches collecting shells and sea glass, and hesitantly getting in the speed boat with Roy for a cruise around the gulf in South West Florida.

Grace enjoyed her last few years spending the winters in Florida where she found friendship in her neighbours, shopped for anything and everything, and planted and nurtured all the tropical flowers she loved.

Those who knew her will miss her smile, laugh, stories and without fail, her love. Grace was a force and the world will not be the same without her. As per her wishes, Grace has been cremated. In lieu of flowers the family has requested that you make a donation to the Kensington Hospice in her name.

Born January 27, 1932 in Toronto, ON, he lived a full life and succumbed to natural causes on September 16, 2016. He is survived by his children Ginger, Jennifer, Susan and Patrick and their families, step-brother Charles Hill, sister-in-law Isobel Ailles, and cousins Douglas Ailles and Marilyn Worobec. Predeceased by his wife Diane, sons Michael and Stuart, his brother James, step-sister-in-law Pat Hill, and parents Mary Margueretta (nee Goodman), Wilbert and Francis (nee MacDonald).

He served over 20 years in the Royal Canadian Air Force (North Bay, ON, Arvida, QC, 2 Wing Zweibrücken, German, Penhold AB, and Centralia and Base Borden, ON) and then retired to another full-time career with Kimberley-Clark in Huntsville, ON, where he worked as an electrician and instrumentalist for over 20 years.

He loved hockey and played, coached, and organized tournaments all through his service days and into the Old-timer leagues in Ontario and British Columbia. The Lions Club (and hockey) became a way for Sandy to serve the larger community once he and his family moved to Dorset after his retirement from the RCAF.

The most substantial project that he was involved in was the realization of Lions Camp Dorset—a family holiday camp for renal dialysis patients built near Dorset by the Lions clubs (mostly of Ontario) and volunteers. From conception, to the handing over of the working facility onto the next generation, Camp Dorset was his baby.

True retirement was in Penticton, BC with more hockey, Lions projects, playing bridge, bingo and making music with his multi-keyed harmonica. With the death of his beloved Diane, he moved into nursing care in Penticton.

A private family interment will take place in the Stouffville Cemetery. For those who wish, please consider a memorial contribution in Cal’s name to the charity of your choice.

Peacefully on Sunday April 17, 2016 at the Trillium Health Partners – Mississauga. Longtime resident of Long Branch. Member of: R.C.L. Br. #101, Anthony Sayer Masonic Lodge AF & AM No. 640, G.R.C. and the Lakeshore Lions Club. He will be sadly missed by his wife Sue, and children Ryan (Diane) and Melanie. Lovingly remembered by his many family and friends around the Lakeshore community.

passed away at Hamilton General. He was a member of the Hamilton Central Lions for 40 years.

A funeral service will be held on Sunday March 6 at Dodsworth and Brown - Robinson Chapel at 15 West Avenue, North, Hamilton, Ontario L8L 5B9 from 2:00pm to 4:00pm.

Frank was a member of the Georgetown Lions Club

A memorial service will be conducted at WESTVIEW FUNERAL CHAPEL, 709 Wonderland Road North, London, on Monday, February 8, 2016 at 2:00 p.m., with visitation one hour prior. Those wishing to make a donation in memory of Frank are asked to consider Mission Services of London or their charity of choice.