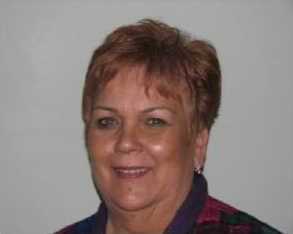 Margaret Wilson left us peacefully on November 30th, 2013 ending a vibrant 65 years of life. She truly loved life and did it her way.

Marg was devoted to several things: her husband Jim of 43 years, Lions Clubs International and her community service with the Brampton Fall Fair. As a member of the Lions Club of Georgetown, she undertook many positions at the club and district level. Marg was currently serving as 1st Vice-District Governor of District A711.

She will be greatly missed by her husband Jim, her cousins and her many friends of the Brampton Fair and the Lions family throughout the district and beyond. To know her is to love her.

Born in Erindale, Ontario, made his home in Mississauga, later retired at his home at Sandy Lake, Ontario. After a courageous battle with cancer, George is survived by his devoted wife and best friend Helen Patricia (nee Browne). They had just celebrated their 37th anniversary on September 11. Cherished father of Lynn Carrino and her husband Richard. Loving brother to Nancy Sacchitiello and her husband Nick. He will be dearly missed by several nieces, nephews and his dog Buddy. He is predeceased by his parents Ida and Charles Sproule and sister Jean Brinkman.

Longtime member of Lions International from 1970. He was a 35 year employee of C.P. Express and Transport. Friends may call at the Turner & Porter "Neweduk-Erin Mills" Chapel, 1981 Dundas St. W., Mississauga (just east of Erin Mills Pkwy), on Wednesday from 7-9 p.m. Funeral Service will be held at St. Peter's Anglican Church, Erindale, 1745 Dundas St. W., Mississauga on Thursday, September 19, 2013 at 1:30 p.m. Interment to follow in the churchyard.

For those who wish, donations may be made to Peterborough Regional Health Centre in memory of George.

Passed away on June 21, 2013 at the age of 79. He was born in Kotka, Finland. His children Vivian (Eric) and Glen (Tuija) and their mother Leila will miss him. Proud Pappa of Robert, William and Elisabeth. He will be missed by family and friends in Canada and Finland.

Special thank you to Dr. Ylanko, the staff and volunteers at Suomi-Koti for their compassionate care.

As an expression of sympathy, donations may be made to Parkinson Society Canada or Suomi-Koti Toronto.

At Emmanuel House on Wednesday February 27th, 2013, Theresa Mary (Terry) Sheehan, of Dundas, in her 88th year, beloved wife of the late Edward Sheehan, loving mother of Ted and his wife Shari of London, Ann and her husband Bryan Evans of Burlington, dear Nana of Deanna and husband Ben O'Donnell, Heather, Jenny, Scott and wife Andrea Evans, Rebecca and Jeffrey, great grandmother of Liam, Owen and Calum Evans, sister to the late Al Connolly and his wife Rita, the late Gertrude Kent, the late Leo Connolly, Tony Connolly and wife Gail, sister-in-law Theresa Sheehan, the late Kathryn Sheehan and the late Nora Manente. Also survived by many nieces and nephews.

Terry worked for Bell Canada in the 1950's and then joined Eaton's as a telephone operator in the 1970's and worked at Eaton's until she retired.

Terry was a very proud member of the Dundas Lioness group and never missed a meeting until she was unable to go in the last few months. Her pride and joy was the annual fish fry held in Dundas by the Lioness group.

As an expression of sympathy, donations to the Cancer Society would be appreciated. On-line tributes may be made at www.marlattfhdundas.com.

PDG Bill was a member of the Oakville Trafalgar Lions. The funeral will be at the G. H. Hogle Funeral Home, 63 Mimico Avenue, Etobocke, Ontario.Viewing will be on Tuesday, February 19 from 5:00 PM - 7:00 PM followed by the a Lions Service and a regular service at 7:00 PM.

Tom passed peacefully on February 5, 2013 in his 68th year ending a passionate love affair with life. He was the son of Thomas Colton and Mary Helen Donnelly (both deceased), cheerful son-in law to Ugo and Antoinette Mandolesi, loving husband of Sylvia, wonderful father of John (Julia) and Justine (Aaron Greeniaus) playful grandfather of Mason, Logan, Weston and Lauren and helpful brother of John (Mary), Mary Kate and Peter. He will be sadly missed by the Houston, Denham and Ciaschini families, nieces and nephews.

Tom was an active member of Lion's International, serving as district Governor of A-11 in 2000-2001. He retired from the Peel District School Board after over 30 years of service where he was highly respected as both a teacher and as an administrator.

If desired, a donation in Tom's name could be made to Cancer Assistance Services of Halton Hills (CASHH), or to the the Complex Continuing Care unit of the Georgetown Hospital.